This isn’t your parents’ Kelowna: A changing and evolving city

Home > Our community > Community stories > This isn’t your parents’ Kelowna: A changing and evolving city

Like many longtime Kelowna residents, James Moore remembers when much of the city’s downtown waterfront was a dirt parking lot.

Growing up in Kelowna, he was like many of his friends who left town after high school due to a lack of jobs, limited post-secondary opportunities and not enough of the urban attractions that young people want.

Fast forward to 2020, and Kelowna has a vibrant and energetic downtown. Brew pubs, restaurants, wineries, music venues,  meandering waterfront walkways and eclectic shops are some of the features that draw people to Kelowna’s urban lifestyle. These changes, along with a spectacular natural environment,  a world-class university, a growing college and a more diverse job market, lure Moore’s former classmates back to their hometown.

Kelowna is growing, and it isn’t just from young people returning. Kelowna is attracting new residents from across B.C. and Canada. This isn’t a new phenomenon, though.

“Every generation has experienced its own version of Kelowna’s growth and change,” said Moore, who is the Long Range Planning Manager for the City of Kelowna. “When my parents moved to Kelowna in the early 1970s, it was a small town of 20,000. When I grew up here, it was a small City approaching 100,000. And, my daughter will see Kelowna as a thriving mid-size city.”

“Change is the one constant in cities,” said Moore. “Growth and change have always been a reality in Kelowna.”

Over the next 20 years or so, between 40-50,000 new residents will call Kelowna home. Moore explains that the most important question is how best to manage that growth to make progress towards the community’s Imagine Kelowna vision. Processes such as the Official Community Plan review and the Transportation Master Plan update are underway to help answer that question.

But the way Kelowna grows must change.

“For the last 60-70 years, Kelowna, like many other cities, grew outwards,” said Moore. “This pattern of suburban growth created a car-dependent culture. The impacts of climate change, increasing traffic congestion, unaffordable housing, high infrastructure costs, and a limited land supply mean we can no longer afford to grow out.”

As a long-range planner, he sees the struggle people have when dealing with change in their neighbourhood or the wider community.

“It can be hard to embrace the benefits of something that you haven’t yet experienced,” said Moore. “We all know our neighbourhoods as we see them today. They are tangible and easy to understand, and there is a sense of security in that. It is much harder to get behind the benefits of something that is not yet built. In that way, change can bring out stronger negative reactions than positive ones.”

Growth also often takes the blame for larger social issues, such as homelessness.

“It’s not reasonable to say if Kelowna hadn’t had the growth that we’ve experienced over the last 20 years, we wouldn’t have the social problems we are seeing today,” said Moore. “Rather, these problems are connected to the affordable housing and opioid crises. We are not alone in this experience. Small, medium and large cities across Canada and across the globe are experiencing similar challenges.”

Complicating matters is the tension between the community’s needs today and its needs years from now.

“Just like for any business, responsible planning means we sometimes have to step outside of the issues we face today to try to anticipate what we will be facing in the future – things like climate change, autonomous vehicles, housing affordability.”

This is where city-building plays an important role.

By participating in city-building engagements, such as providing input on the Official Community Plan or Transportation Master Plan, residents can see the big picture of how Kelowna is growing. Residents’ input can help find the right balance as the City tries to navigate the trade-offs that come with making room for an anticipated 50,000 new residents by 2040.

And most importantly, Moore wants residents to think about how they can play a positive role in shaping the changes in their neighbourhood, building a stronger neighbourhood in the process.

“One thing is for sure,” said Moore. “Kelowna 20 years from now will be different than it is today. But, if we put our heads together, we can retain what makes Kelowna such an attractive place to live while building energetic, urban centres where people can live, work and play.”

He encourages residents to embrace the opportunity to be part of visioning for the future, much the way other Kelowna residents have lent their voices over the years to create the park systems, waterfront and other amenities we all enjoy today. Visit getinvolved.kelowna.ca to participate in current public engagement opportunities. 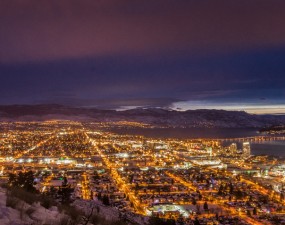 From Resilience to Momentum 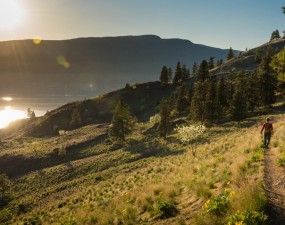 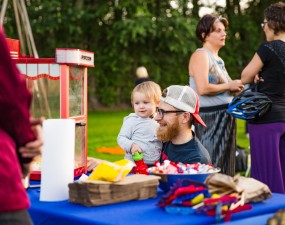 Our neighbourhoods: planning with purpose