Bryan Couling, sports director for CKIQ radio during the late 1970's and 1980's, became known as the "Voice for Sports" in Kelowna.  After suffering a debilitating stroke in 1986, Bryan continued to volunteer and keep up with local sports.  Bryan, a sportsman's sportsman, always recognized the effort of the athlete, along with the coaches, parents and managers.

Nominations for the 48th annual Civic & Community Awards will open in fall 2022. 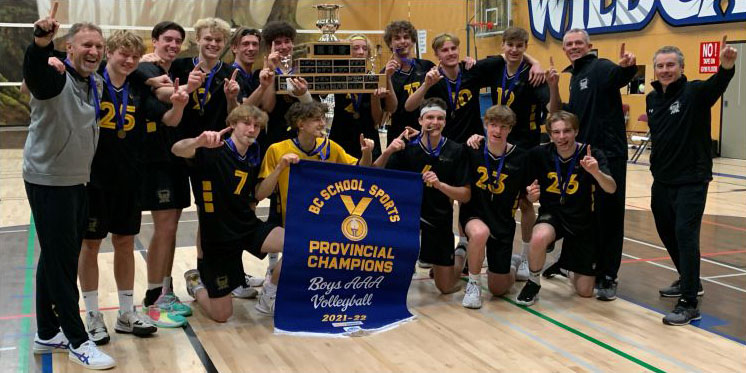 2021 was a massive year for the KSS Owls Boys Volleyball Team bringing home numerous championships and gold medals as they toured across BC last season. The Owls season record was an astonishing 48 wins and only one loss, while capturing an unprecedented 6 Championships Tournaments throughout the 2021 volleyball season. This group of boys have shown tremendous dedication training and playing 6 days a week plus individual training sessions, club volleyball, Volleyball Camp and BC Volleyball.