What gets measured gets done, that’s how to track progress

Home > Our community > Community stories > What gets measured gets done, that’s how to track progress 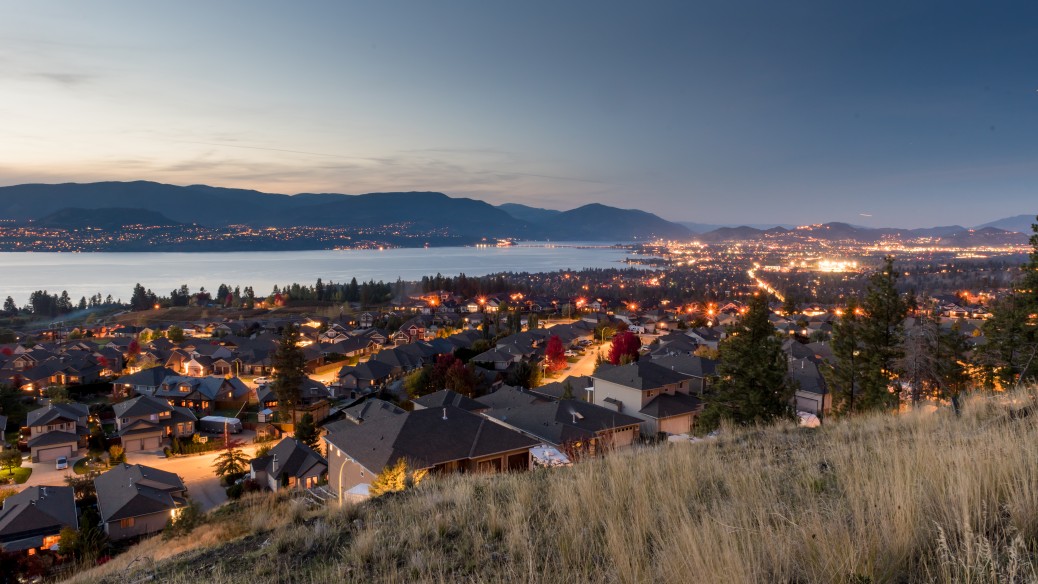 Most of us want to see progress in our lives, yet progress is a journey. Often the path we travel looks a whole lot clearer looking backwards. It’s like that for cities too.

The City of Kelowna, like others, is challenged with trying to make it easier for residents to see what’s being accomplishing on the ever-evolving path forward.

One way to do it starts with creating strategic plans, typically with input from groups, experts, organizations and the public. Once there’s a plan, and specific actions listed, it’s easier to measure if those actions and the desired goal is being achieved.

“I like talking about strategy as an intent for the future,” says Mike McGreer, Corporate Strategy and Performance Department Manager with the City of Kelowna for the past four years. “Strategy is about decision making, the why of saying yes to some things and no to others. We do that at every level of the City organization every day,” shares Mike.

Good strategy allows for common expectations and understanding about where we're going. That’s particularly important when Kelowna is growing at a record pace and things are changing faster.

“As City we’ve always done strategic planning, but we’re always challenging ourselves to improve our approach,” explains Mike. “Good strategy and measurement set us up to provide compelling evidence to the community about our impact. It increases transparency to the public and it also helps us, and residents, have conversations and determine how we get the biggest bang for our buck.”

At its basic, strategy and measurement can be simple.

Say, you want to save $10 per month. Weeks one and two, you’ll buy one less specialty coffee. Weeks three and four, you’ll eat pasta versus meat. At the end of each month, there’s an extra $10 or not, and you can ask yourself what worked well, what didn’t, or if $10 is still the right goal.

Like this example which talks dollars and cents, Mike says, the City measures progress well in a lot of areas, for example when it come to infrastructure.

“We have a number we talk about called the infrastructure deficit. We look at what the community needs or needs renewing over a certain period of time – such as facility or road construction. That’s our capital spending plan. Then, we look at which of those projects are funded as of today, and measure if we have enough or if we’re short,” explains Mike.

In hard numbers, the public can see progress.

However, there are other areas where residents say they want the City to be involved, such as reducing homelessness, where measurement is more complex.

“We can measure the number of supportive housing units that have been built pretty easily. But tracking the number of people experiencing homelessness is really tricky. Right now, we have a point in time count that only provides data every two years. One of the things we and our community partners would like to do is build real-time data but getting that data is really challenging,” comments Mike.

Another example is measuring the value of recreational and cultural strategic plans and actions. While activities and having facilities for them create neighborhood connections and healthy lifestyles, and the number of swim lessons provided can be counted, measuring the impact on citizen mental and physical health and community overall liveability isn’t so easy.

Even so, Mike is optimistic. He says the City is getting more consistent and better at the process, increasing the rigor around measurement and sharing findings with residents.

The City’s annual progress report can be reviewed online. People can read what’s been accomplished, as well as changes put in place to better achieve the goals or adapt to outside factors.

However, cities still find it difficult mapping and communicating goals within the dozens of current strategic plans that have been shaped by public input. In Kelowna, there’s the Official Community Plan, the  Transportation Master Plan, the Cultural Plan, an airport development plan, and so on. Each thoroughly drills down into a specific area, yet it’s critical to also keep a bird’s eye view of all of them. Mike acknowledges there’s still room and, in fact, a mandate to show the public more proof of progress.

“Strategy, measurement and reporting it to the public just gives all of us some confidence that we are not just doing stuff, but it's having the impact residents want. Although it’s tricky sometimes, there's a real appetite within city hall to be really good at this management practice,” he says.

Although strategy and measurement may seem daunting, Mike would encourage everyone to read Imagine Kelowna.

“It’s our real, community-led, long-term visionary plan, the one that gives a very hopeful view of the future. Then, you know, how we get there as a community, that's for us all to figure out collectively and reshape a few times too,” he says with a smile.

He likens growing a City community and making process to being a big team sport.

“Nobody can do it alone because it's too complicated. It's too fast moving. I see the vision of Imagine Kelowna like rallying together, sort of paying it forward to try to figure out and fix things together. If we adopt that view as a community, that’s how we shape it and create the kind of place we want to live and leave for the next generation.” 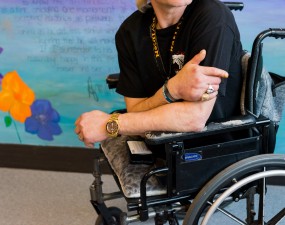 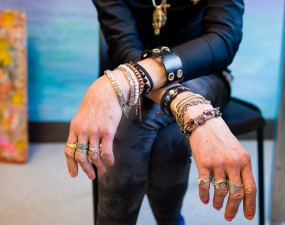 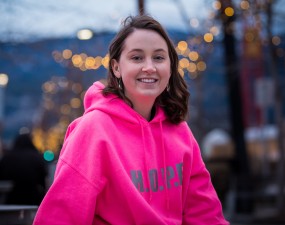 Chocolate and Empathy: Advice from an outreach volunteer