Kelowna has the most extensive bicycle network in Canada for a city its size. The network continues to grow and improve year after year with the addition of new cycling infrastructure such as on street bike lanes, multi-use paths and, in the future, cycletracks (separated on-street bikeways).

We are committed to continued expansion and improvement of the bicycle network and work diligently to plan and build new bikeways as well as maintain existing paths including sweeping them several times per year.

With bike racks and bike lockers throughout the city, and even bike racks on all transit buses, you’ve got one bike-friendly community.

Don't forget to keep your bike safe! Learn about bike theft prevention and the steps you can take to protect your bike.

Learn more about cycling programs and tips for cyclists at smartTRIPS. Familiarize yourself with Kelowna's Cycling Regulations. The Kelowna Area Cycling Coalition has excellent resources for cyclists too and meets every first Thursday of the month. 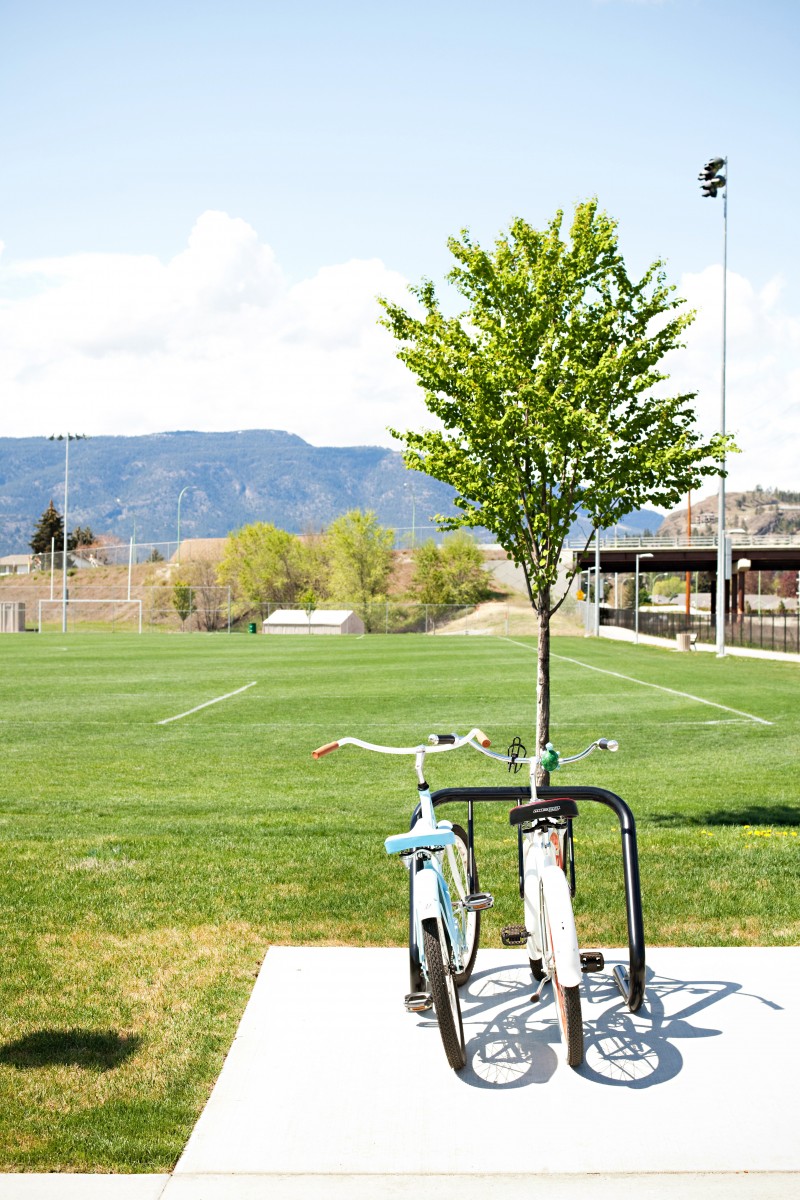 Cyclists and motorists are moving forward on the road together. We all deserve the right to safe travel regardless of how we choose to get around. To create a safe environment for everyone, it’s necessary to respect the rules of the road and the rights of all road users.

Whether you cycle for transportation, exercise or fun, you deserve to do so without feeling uncomfortable or in danger. For motorists, more cyclists may mean fewer vehicles on the road, which means less traffic to contend with! But it’s important to give people on bikes the space they need and to be cautious when turning.

As we move forward together as a city, we’re creating the change we want to see – a safe, happy and healthy community.