Work is underway to construct a third access road to the upper mission via Southeast Kelowna. The new 2.9-kilometre road will extend Gordon Road and connect the new extension to Stewart Road west. The design is for a rural two-lane road with paved shoulders for people walking and cycling.

“The permitting process is nearing conclusion and we are mobilizing to start construction,” said Johannes Säufferer, Real Estate Department manager. “Equipment is being moved onto the site this week and crews will be preparing the land for construction of the road. The new connection is anticipated to open next summer.”

This connection was identified in 1995 in the City’s Official Community Plan, Road Network Plans and 2030 Infrastructure Plan for construction once density in Upper Mission was reached. The project was originally planned for later on this decade but was fast-tracked as proposed by one of the developers of The Ponds neighborhood.

“A number of downstream improvements have already been completed, including at Stewart and Saucier roads,” said Säufferer. “Additional improvements to Bedford and DeHart roads may be necessary once South Perimeter Road is operational and we have a better understanding of traffic volumes generated by the new roadway.”

The $10.8 million project will be built and financed by Ponds Ventures Inc., who will be compensated in the form of 80 per cent of all future Transportation DCC’s collected within the Southwest Mission sector until the full cost is recovered.

To learn more about this project visit kelowna.ca/cityprojects. 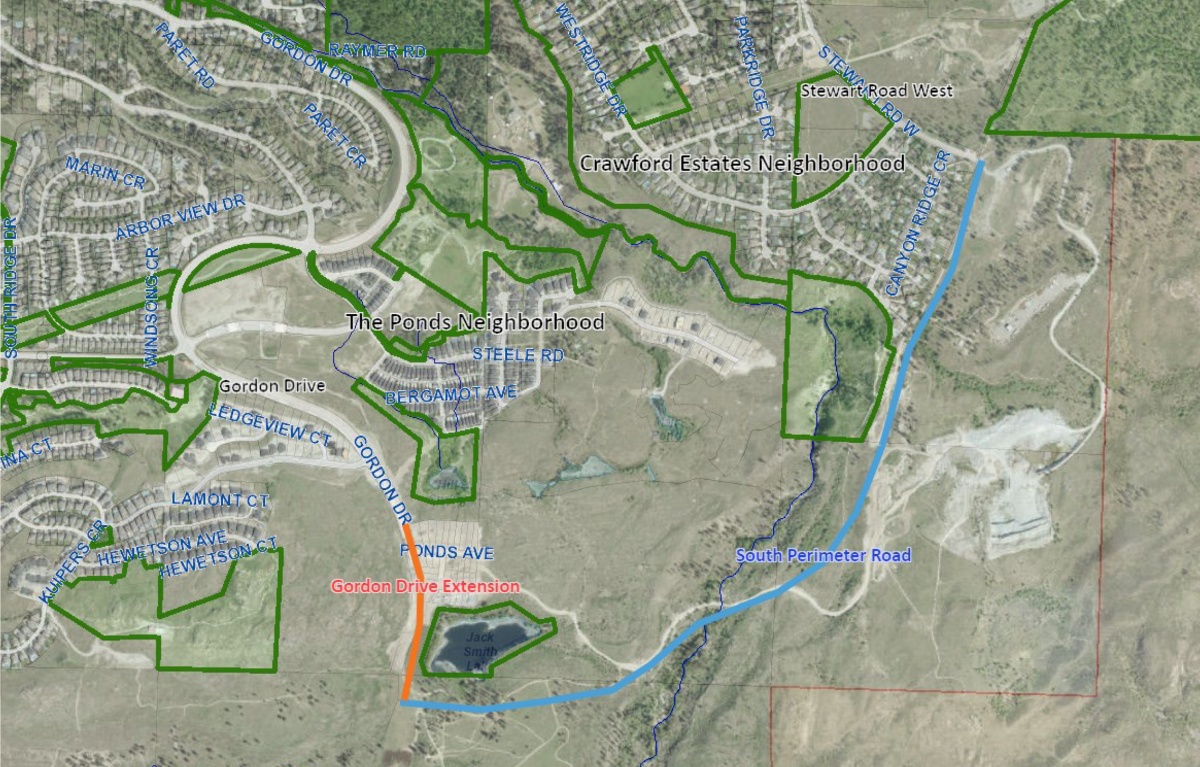