There’s no question that climate in the Okanagan is changing. With several years of record spring freshet causing historic flooding, followed by hot dry summers that contribute to droughts and then three of the worst wildfire seasons on record, what are we doing as a City to face climate change head on, and how can citizens adapt themselves. This week, Bob is joined by Chris Ray, our own Champion of the Environment, to discuss the City of Kelowna’s climate initiatives, and our efforts to mitigate climate change and impacts on our urban environment.

Kelowna Talks podcast EP3 - Getting out of our cars

Introducing Kelowna Talks, a podcast that explores topics that matter to the city 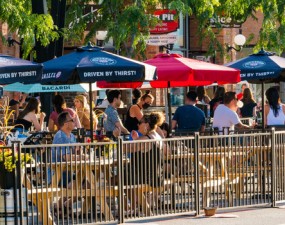 How can a City help with economic recovery?